They are teenagers, but they also appear in adulthood. We tell you what the types of pimples are, why acne breakouts appear and how you can treat them

Contents hide
1 They are teenagers, but they also appear in adulthood. We tell you what the types of pimples are, why acne breakouts appear and how you can treat them
2 Black dots and more.
3 Red pimples (papustular acne) .
4 Cystic nodule.
5 Acne conglobata.
6 Keloid.

You often blame chocolate when an outbreak of pimples appears on your skin, either on your face or body. But you’re going wrong. The relationship between diet and these uncomfortable visitors has little scientific support, and “it has been seen that the greatest evidence of worsening acne is associated with excessive consumption of dairy products or foods that produce glycemic spikes ,” says Carolina Medina, member of the Spanish Association of Dermatology and Venereology (AEDV).

The dermatologist explains that “ the ideal is to go to the doctor when the first acne problems begin to be noticed , since it will be easier to treat them. And if there is an acute outbreak, it is best to consult it as soon as possible and treat it with anti-inflammatory drugs. ” There are different types of pimples and most often they appear on the face, chest and upper back . Dr. Medina, with consultation at the Innova Medical center (Las Palmas de Gran Canaria), gives us the keys to recognize and treat them.

It is very frequent in puberty, when the face is traced by the so-called comedones. These are characterized by the appearance of few inflammatory lesions but many black, white spots or so-called milium cysts – they are a type of black spot that is retained under the skin and takes on the appearance of a small white cyst.

It is one of the least striking acnes, but one of the most complicated to deal with. Not only does it prevail in adolescence, but it can persist for a long time in adulthood , and it is usually treated with  chemical peels , facial cleansing, and keratolytic topical treatments – which activate skin turnover. Its causes have to do with the use of cosmetic products, such as creams or makeup that dispense with non-comedogenic and oil-free labels .

Small reddish bumps appear, some with pus and others without. It is typical of adolescents and has an important associated hormonal component , so it is also common for outbreaks to occur during ovulation or when the period comes, as well as if you suffer from disorders such as polycystic ovary syndrome.

Unlike the previous case, this type of acne responds better to treatment, which involves antibiotics because it is more severe. Contraceptives can also improve your appearance, but it is common for the problem to reappear when you stop taking it .

This type of acne is one of the most severe and deep. Genetic predisposition to develop it greatly influences it and is usually triggered in adolescence. These are grains that contain fat and keratin and have a tendency to leave a scar, not only due to touching them, but because their depth can leave residual marks. They are treated with isotretinoin-based medications.

It resembles the cystic nodule, but its appearance is even more exaggerated. This type of acne occurs in an outbreak, has a very striking debut and leads to painful injuries . Although like the previous one, it is also treated with isotretinoin, administering it at the beginning can even worsen, so the ideal is to first administer anti-inflammatory drugs, with corticosteroids or with dapsone, to reduce inflammation. Its main cause is genetic predisposition, since the family component is very important in this type of acne.

It has a tendency to leave hypertrophic scars that are persistent. It is a variant that occurs a lot in the back of the neck and head and is seen much more in the black race, although it can also appear in the white race. Its causes are not defined, but basically genes also influence. It is managed with antibiotics and retinoids, especially orals, and requires subsequent treatment of scars, for example, corticosteroid or laser infiltrations.

Learn more about how to care for your skin and improve its appearance.

Read More:   How can we recover hair and skin after the summer?

The 7 commandments to take care of your hair 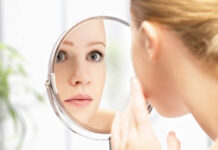 The 4 golden rules for caring for sensitive skin