Assessments are considered to be an integral part to identify an individual goal, skill, and kind of behavior they possess with. Now, with rapid advancements in technology, the assessments of people have been made online as well where a series of essential questions have been raised which assess the aspect of the test taker. Now, the kind of assessment to possess depends upon the field in which an individual has to work which varies on the role in the job, competency required, and the level he/she possesses. Various levels of capabilities of an individual are assessed which could be taken by the person sitting in any part of the world. Any company before hiring any person is required to take an online assessment even before the interview taken on call or in person.

The major reason behind taking these interviews online is that they have some pre-saved questions which help the managers who hire to take a possible clarity on regard to the kind of nature possessed by the individual. Usually, general questions are asked in these assessments but they do provide a lot of information on regard to the nature of the person and how well he/she could possess any kind of struggle or pressure. Such methods provide much speed as well as accuracy in developing the talent of an individual and the process to identify the behavior of the individual is completed in a much faster way. In almost every sector, such kinds of assessments have been performed by its education, government, consultation or the list to this is endless.

There are an endless number of reasons due to which the online assessments have been much powerful source for an individual. Following are some of the benefits usually observed under this:

Read More:   What Are the Most Profitable App Niches to Invest In For 2021?

There are various online assessment tools too made available in the market through DVDs or pen drives which could be downloaded as a part of the software and the person could determine various other factors like the financial status of his/her company, analytical report, or thorough evaluation. If any work has been provided to a student and it occurs that the work so performed has been cheated or copied with then through the usage of these tools the software detects any cheating protocol or copied work being performed by the student.Many companies have begun to provide the software which helps the management to make an informed and credible decision.

The research team so developed by them helps in making research-based assessments and performs efficient platforms where the company could easily make an in-depth analysis on basis of which they take an informed decision on regard to employees and working of the company. These protocols if done effectively and efficiently which ultimately would help the company to grow. Certificate-based exams which are usually MCQ based have also been taken as a part of these online assessment protocols.

The companies performing various efforts to hire and engage people have realized that it is important for them to engage only those employees which help their company to survive and grow in this disrupted and competitive world. The only possible way to make this hiring process much simpler and efficient is by engaging only those protocols which save a lot of time and human effort. Of course, such software does come with expensive prices but such investment is worth everything when only those who deserve to come into the company are hired.

The hiring of the sharpest talent among the bunch of people gives the company the freedom to create and explore new methods of making them grow. There have been thousands of happy clients all over the internet who have adopted such methods and now have only the sharpest talent among a group of people in their companies. Straightforward solutions are also provided under this method which would help the company to take their methods globally.

A group of professional teams has helped form these software and these are all tried and tested programs. Even after this if a person has any sort of problem with the usage of these software or any kind of information which is required to the person then he/she could contact the customer care helpline provided on the websites of these companies.

Above all, these online assessments have made the process of knowing the character of an individual very easy and managers could easily identify that by providing the questionnaire. A lot of costs which were incurred on paper are saved which ultimately has led to protecting the environment as well. Hence, to conclude the above discussion, the person must adapt to the changing technology as early as possible because a lot of human effort and costs have been reduced by using such kind of assessment methods. 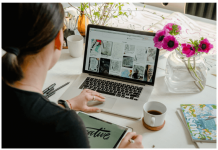 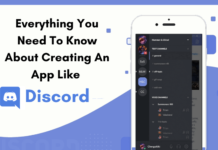 Everything You Need To Know About Creating An App Like Discord 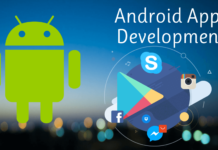