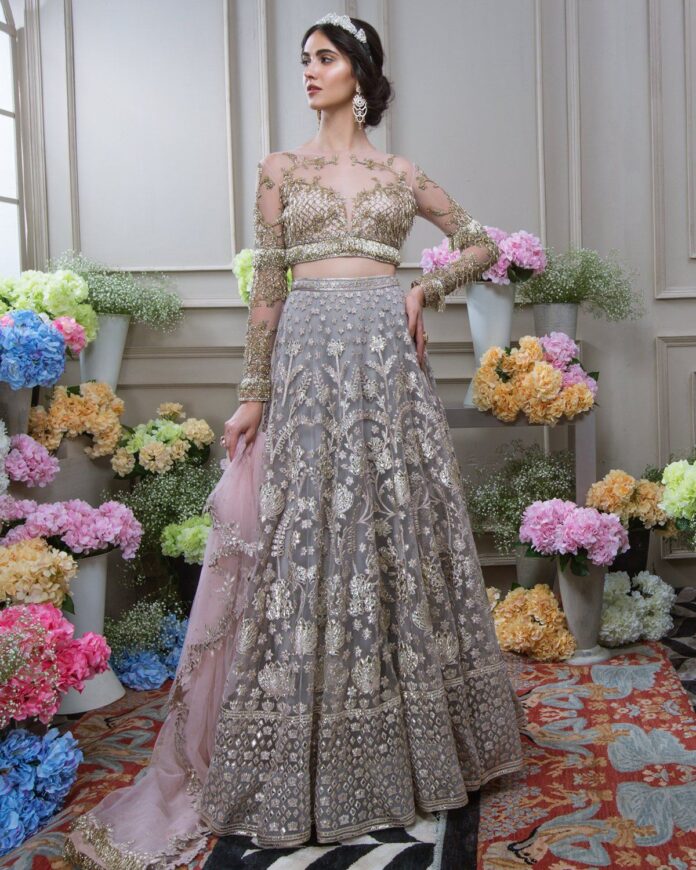 Who says that dupattas can only be worn with traditional outfits? With the evolution of fashion, Indian attire mixed with western is such a hit in 2020. All the fashion influencers are going crazy over dupattas nowadays because of their diverse benefits.

There are so many types of dupattas which come from various parts of the country. Each design or artwork has some history behind it. From Banarasi Dupattas to Net Dupattas, the techniques used are unique and a lot of hard work goes into making them.

However, fashion never remains the same. Since it is not feasible to wear such heavy dupattas all the time, the industry came up with some interesting designs. This year is all about being casual, breezy and most importantly, safe. Want to know what’s just in? Here the coolest dupatta designs that are trending in 2020.

Along with being available in solid colours, you will find them in multi-coloured designs too. Pom pom dupattas are great for casual events when you do not want to glam it up. For get together with your friends or family, this is a great choice.

Several people use pom-pom dupattas as a scarf too because they are just so adorable. Pair it with your regular jeans and a nice Kurti to create a beautiful look. Even for events like Mehendi, you can experiment with these dupattas. Anyway, Pom-poms have a way of making everything look better.

The wedding season is right around the corner and so are winters. Velvet dupattas are the best example when it comes to fashion with comfort. Say bye to cold hands because these dupattas are here to save the day.

Along with serving the purpose of protecting you from winters, velvet also serves looks of pure luxury. These dupattas too are used for various designing purposes and that is why it is a good idea to invest in them. Wear it as a shawl, drape it for extra volume or just throw it on as a dupatta.

Undoubtedly, velvet dupattas are all about glamour and charm. However, you can style it with casual outfits when it is breezy outside. From your A-line dupattas to short Kurtis, these dupattas will bring the best look out of simply anything. All of these reasons contribute to the popularity of velvet dupattas.

Never question the delicacy and elegance of Chiffon Dupattas. These dupattas are so trendy right now because of their lightweight along with floating nature. If there is one kind of dupatta that will always capture the attention of everyone, then it has to be Chiffon.

In addition, the translucent appearance makes it even pretty. This is great for summers as the fabric is super light. If you easily get irritated by handling heavy dupattas, then chiffon is your perfect match. Also, there are types in Chiffon too. For instance, you can go for shimmery ones or matte ones, whichever you like the most.

Styling with Chiffon dupattas is always easy as well as fun. There are endless possibilities with this dupatta as its sleek design never fails to impress. Popular for traditional dresses, Chiffon dupattas can be paired with western outfits in the form of a scarf or add on.

These dupattas are truly the epitome of grace. Net dupattas are all over the place right now because of their sheer beauty. Be it simple net dupattas or the ones with artwork, they look gorgeous and have the capability of uplifting any outfit within seconds.

With a wide range of dupattas available, you will find solid colours as well as embroidered designs. Usually, it is paired with heavy lehengas or suits but you can make use of it in other ways as well. You can use it as drapes in your saree or even lehenga.

If you want to wear a dupatta just for the sake of it but make it really attractive then invest in plain net dupattas.  Also, embroidered ones are just phenomenal when you want to doll up but not make it very glam. Overall, these dupattas are a sensation that you surely woudln’t want to miss out on.

For all of you who are ready to be the proper patola of this season, get your hands on the mirror work dupattas. This lovely creation from Gujarat is literally loved by people all over the world. Mirrors on these dupattas come in various shales and sizes so as to create a unique design.

This dupatta is not meant for casual purposes as it makes a style statement with all its shimmer and glimmer. From weddings to formal events, mirror work dupattas will never fail you. However simple your outfit may be, just put on this dupatta and see the magic for yourself. Hop on to this trendy dupatta as soon as possible to rock all the events.

These were the coolest dupatta designs that are trending in 2020. Keep up with the style to create outfit goals in real as well as reel life.

What is a profile creation in SEO?