The Importance of Blockchain Technology in the Future of Development. The use of this technology has become a blessing for people all over the world. It is now used as a tool by many businesses. There are many reasons that people use this kind of technology. People can store their data in the internet, make it publicly accessible or send it as a message.

Read More:   Can Your Enterprise Benefit from No-Code AI? 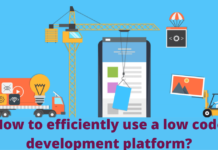